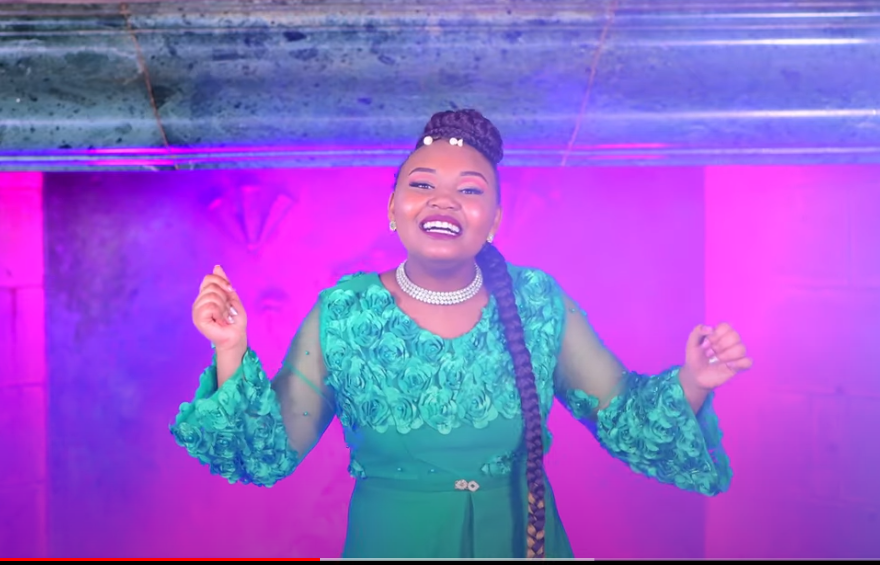 Inspired by her love for singing and dancing, 17-year-old Praise Makena, a student at the Vanessa Grant High School in Nakuru is cutting herself a new path in an industry that grows by the second.

Kenyans across all social platforms have begun to notice, with a good number comparing the teenage sensation to gospel music powerhouse Kambua.

Speaking to eDaily on phone, Ms Makena who is beyond elated at her growing music career says it has been work in progress; she began singing when she turned 5, and released her first album “Yesu Atakupigania” on her 8th birthday.

“I’m very excited because singing is something so dear to me, especially singing for God, I hope to inspire and change lives with the voice that God has given me”, she says.

If she was not belting out the high notes from her bedroom, Ms Makena says she would fall back on her first love, dancing.

“For me its either singing or dancing, singing takes me to a different world that I cannot even explain, then there is dancing, which allows me to enjoy the beautiful utopia” she adds.

Almost a decade after she started, Ms Makena says she has grown better-in leaps and bounds- her success buffeted by the support from her parents, pastor and classmates.

She cautions other young talents to be wary of being sucked into the thrills of quick success saying that anything permanent takes time.

According to her, most young talents rarely live to enjoy their success as they ignore advice, preferring to play the dangerous game of shooting from the hip.

“My management – Kingbiz Inc management-has been crucial in ensuring that my star shines brightly and is not snuffed out by uncertainty by ensuring I remain on track as far as my goals are concerned” she adds.

Ms Makena joins a list of other young talents in Kenya who have been turning heads and earning their place at the table. M