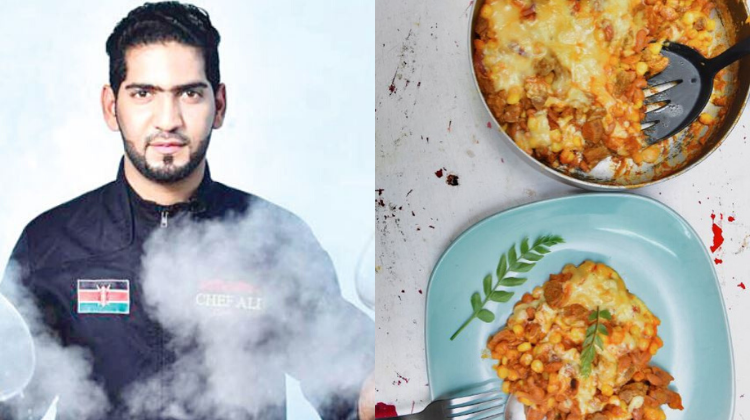 Chef Ali Mandhry, one of Kenya’s most visible cooking experts, has drawn mixed reactions from Kenyans online after unleashing his newest recipe.

Chef Mandhry on Saturday took to social media to share the recipe for what he called the cheesy beef githeri.

Kenyans on Twitter (KOT) however found the meal a tad strange, with a large section comparing it to the normal githeri partaken in most households during childhood.

Another section of KOT however laughed off the idea of the meal, with media personality Patricia Kihoro questioning the “gaseous emissions after consuming” it.

How about Cheesy beef Githeri… here is the recipe https://t.co/d1cO2P9gP0 pic.twitter.com/ObpjmMsjoU

Githeri ni Githeri tu, whatever way you dress it up ?

Looks dope but man i still hate Githeri man, high school killed this for me.

why on God'd Green Brown earth? the highschool and grandparent trauma cannot allow this culinary mediocrity to be made fancy pic.twitter.com/ilzvubsFYO

Looks good. But I’d rather not mix cheese with beans #bombonaplate ??

Cancer after seeing this pic.twitter.com/A02jXIp08l