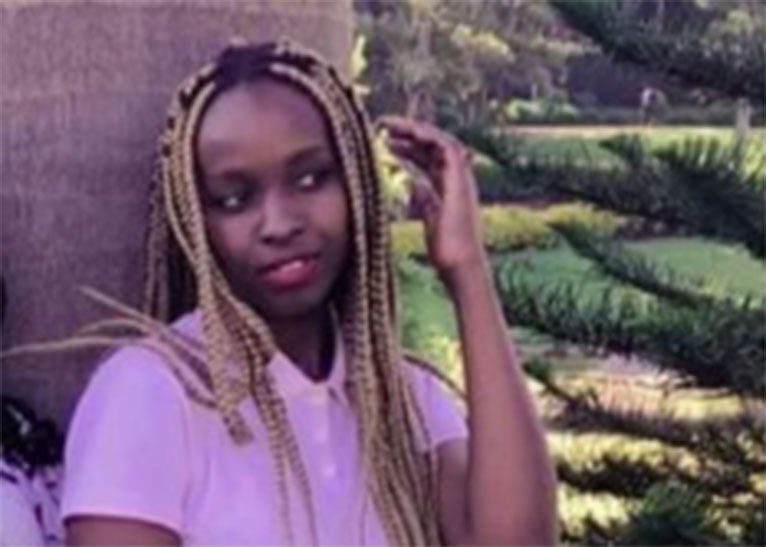 BY MWENDA KINOTI IN MERU COUNTY.

The friend of a Kenya Methodist University (KEMU) student, who was allegedly murdered by her boyfriend last weekend, has lifted the lid on a possible reason why she was killed.

A few meters from her body were the remains of a man believed – at the time – to be her boyfriend, Obed Nyaga Njagi. The two bodies, which had stab wounds, had begun decomposing.

And now, Kanario’s close friend, who spoke to EDAILY on condition of anonymity, hints at aborted love as one of the possible reasons the man at the center of the murder-suicide committed the crimes.

The slain student’s friend says Njagi was Kanario’s ex-boyfriend, whom she ended her relationship with a few months ago.

“Ann dated Njagi, a resident of Runyenjes, for quite some time in the past. However, things did not work out between them, prompting their break up a few months ago,” the deceased’s friend said.

“When they were dating, Ann introduced the man to me. He would often visit us at KEMU,” said the informant.

“They had stopped communicating, and when news broke that Ann’s body was found alongside his in her rented house, I was shocked. I couldn’t imagine he would kill her, then take his own life.

“When they were dating, he portrayed elements of jealousy, and most likely he couldn’t stomach the fact that Ann had moved on from him,” said the friend.

Kanario had just returned from home as she prepared to begin her internship in the banking sector in Nairobi.

It is alleged that Njagi convinced her into allowing him into her rented house.

Unfortunately, her attempts at convincing her to get back together with him backfired, prompting the man to attack her before killing himself.

The last time Kanario was spotted by neighbours was last Thursday as she went to buy vegetables at a nearby grocery. It is on the same day that she had travelled from her parents’ home in Kangeta.

On Monday, May 6 her naked body was found lying in a pool of blood. Her thigh had a stab wound and her neck had scratches indicating she was strangled.

Njagi’s body, on the other hand, was found hanging from the roof of the bathroom with a deep stab wound on his left thigh.

Kanario had just completed her undergraduate studies in Business Administration, and was set to begin her internship this week.

Njagi, on the other hand, was a Third Year Bachelor of Arts (Criminology and Security Studies) student at Chuka University.