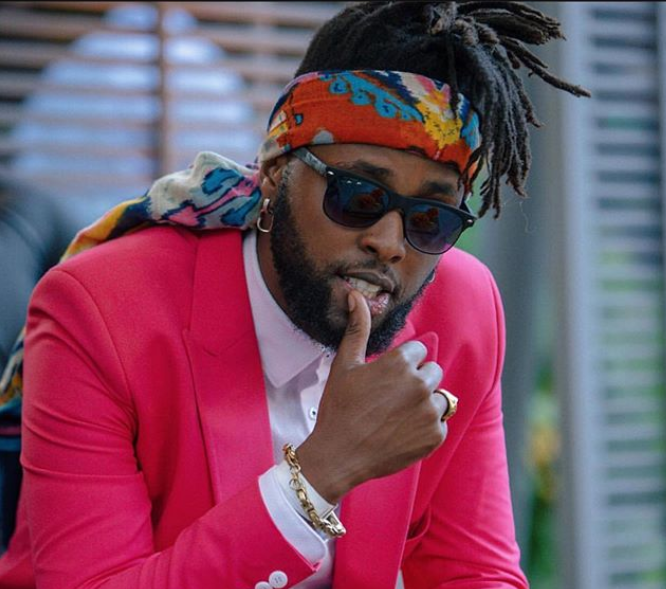 It all began when Kenyans on Twitter dragged the musician, saying among other things, that he is not a big deal like he prefers to imagine.

The menacing KOT dragged his music, his family, his beard and at some point, waded into the murky pool of his sexuality.

In what appears to be a retaliatory attack, Mungai brings out his big guns (or just guns) and picks out random Tweeps for a mean Tweet showdown.

And what a showdown it is.

And although it’s not 1995 anymore, he goes into a tirade of self-praising, cringe worthy and sincerely gross yo mama insults and promises to hit his haters back harder than they can keep up.

The latest comes just days after Kenyans on Twitter dragged the musician and his family on Twitter saying they were beneficiaries of looted public coffers.

The battle lines, thus drawn, KOT had something to say shortly after the singer released the mean tweets’ edition video.

See some reaction below:

Wamesema Kagwe Mungai is a low budget version of The Weeknd pic.twitter.com/s046ciuJ5w

Kagwe Mungai: "You know who used to beat me with the mwiko when I was chilling next to the fire like a jiko?" pic.twitter.com/hTvXODUj8c

Kagwe Mungai was just dying to trend like his cousin Kahush.

A rare pic of a random person listening to Kagwe Mungai's Music pic.twitter.com/uqFAd0cwOg

Kagwe Mungai came on Twitter and searched his name hoping for ONLY positive feedback. Nah bro, that's not how it works. Feedback is feedback whether +ve or -ve. If you can't handle feedback don't torture yourself going around looking for one.