A 30-year-old woman from Voi in Taita Taveta County is in excruciating pain; and has been confined to her bed after her breasts grew bigger and weightier, a condition which doctors are yet to correctly diagnose.

Zeilah Mombo’s breasts began swelling in 2017, and a series of misdiagnosis and poor treatment have occasioned her difficulty, which has left her with no choice but to only hope that she would one day regain her health.

The mother-of-one, who is currently six months pregnant with her second baby, hails from Kaloleni Village in Voi Sub-County, where she lives with her mother, Verity Mombo. 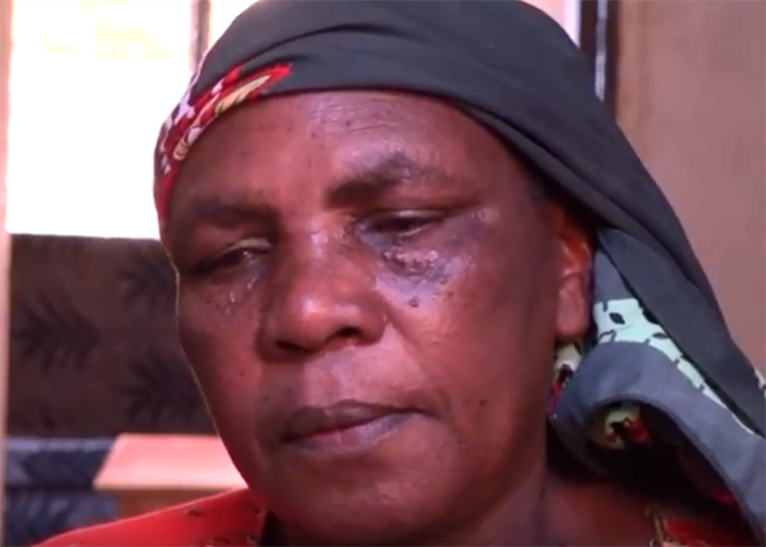 Zeilah’s breast-woes have forced her to end her employment with NYS, where she worked as a road construction officer two years ago.

Amid tears while rooted to her bed, she says: “I am in deep pain. I wish help would come my way so that I can feed and fend for my child. I need to be there for her. I am tired of being immobile; and only confined to the bed.”

“I often feel uneven pain on the breasts and some sort of temporary paralysis on one side of my body. My nipples have ruptured, and a mucus-like liquid is coming out of them. Sometimes, pus too oozes out of the glands,” said Zeilah.

According to Zeilah’s mother, everything – humanly possible – has been done to ensure Zeilah’s health is restored.

“My daughter’s health problem started in 2017. We have sought treatment in different hospitals, including Moi District Hospital in Voi, but doctors, who ran scans on her, said they did not find anything wrong with her breasts,” said Verity Mombo, who has records to show her daughter’s past hospitalisation.

“Her condition worsened. In October that year, I took her to a hospital in Moshi, Tanzania, where doctors discovered that pus had formed in her breasts. She was given medicine, but, seemingly, the drugs catalysed her problem.

“In November that year, she was added another drug – a single tablet –, which worsened her condition. Many tests have been done on her – in Nairobi and South Africa, but no doctor found any issue with her,” said Verity.

“When my daughter got pregnant in July last year, her breasts grew much bigger and weightier, making it impossible for her to move around. Her breasts have become like a load to her. I bath, feed and nurse her while she remains immobile on bed,” said Verity, adding: “We hope God will help her. My plea to fellow humans is that I find a well-wisher, or even a doctor, who will be able to correctly diagnose and treat my daughter.

“I had contemplated suicide – being run over by a vehicle – so that I don’t watch my daughter suffer, but due to the fact that I am born again, I shoved that suicidal ideation, and now I am clinging on to hope – that Zeilah will recover,” said Verity Mombo.

Some doctors in Voi suspect that the woman’s condition could be due to high levels of estrogen. However, endocrinology tests show that her hormones are of normal levels. 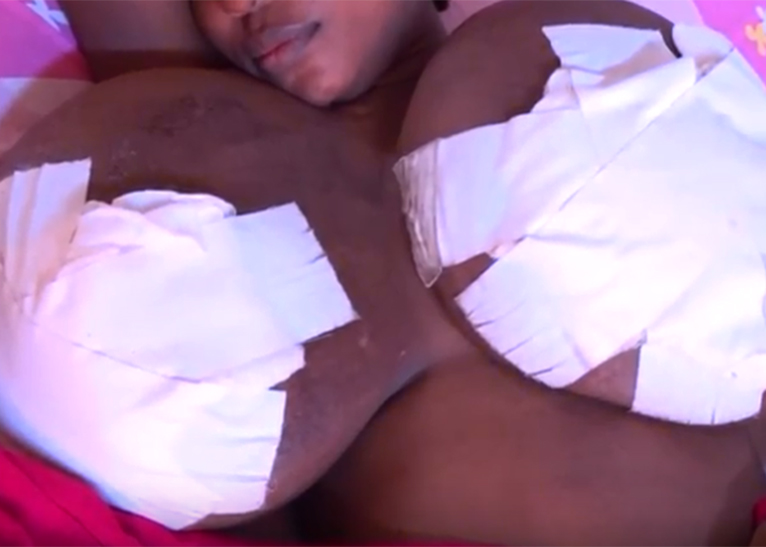 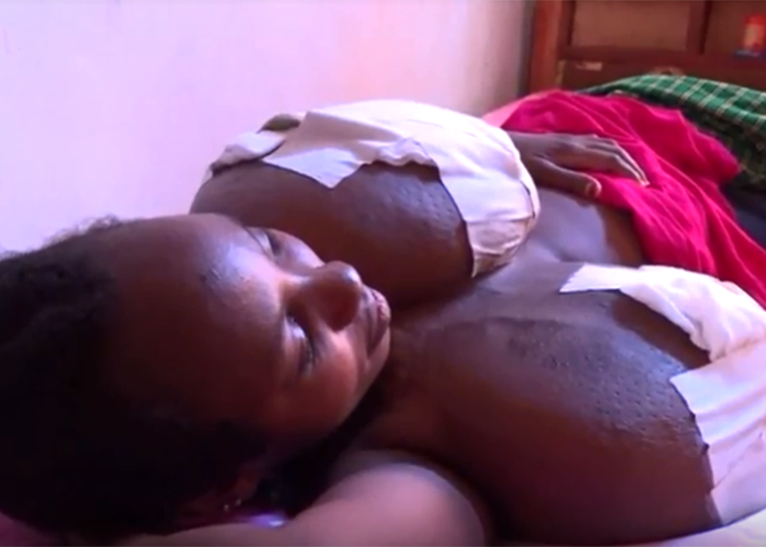 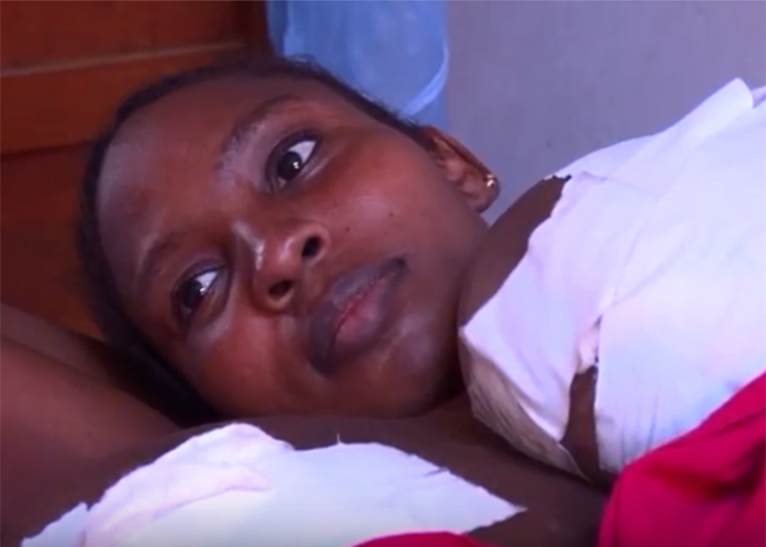 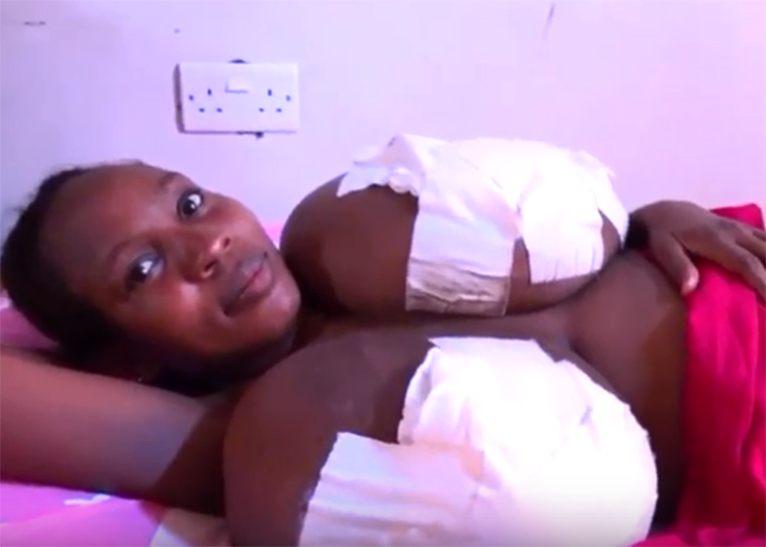 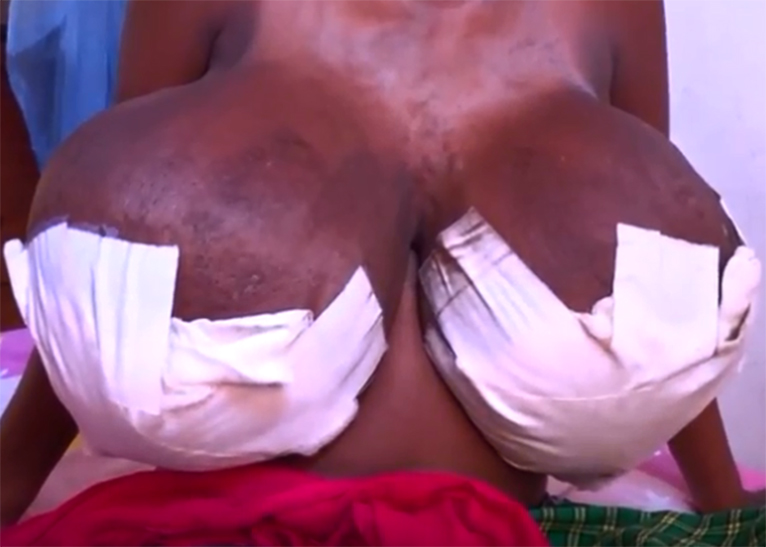 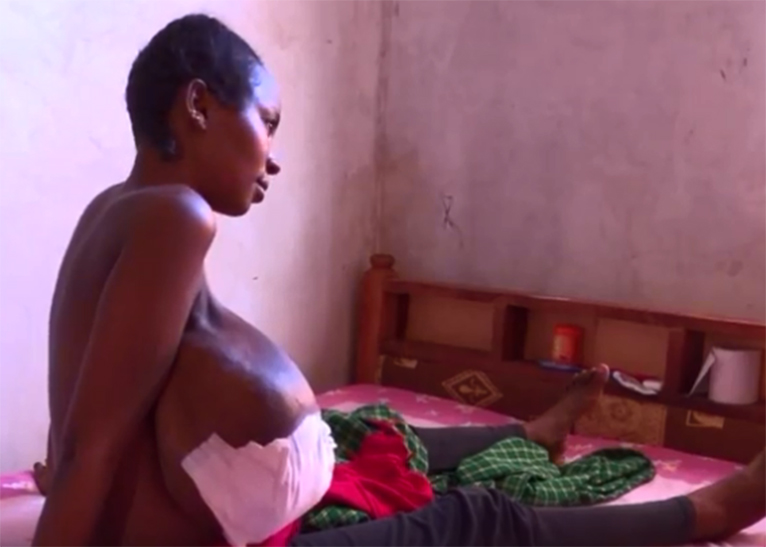