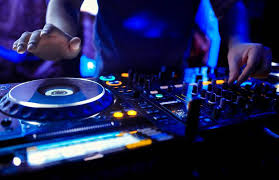 When the coronavirus pandemic struck Kenya around March, and everything went topsy-turvy, everyone- including your local butcher- had to adjust, to survive.

Local bars that previously battled parking nightmares on account of their many patrons were reduced to ghost bars, hardly making the bag by doing liquor deliveries.

The DJ’s who previously strode to the clubs, with technical this and technical that and a bevy of girls at their wake took to social media with live shows.

It was funny to watch, to say the least, watching top Disk Jockeys host livestreams with only 4 viewers.

Millennials were on other platforms and the world was gravitating towards video content.

Yet when some of these celebrities had their knickers in knots, hitherto unknown people, like Azziad were making waves across the Kenyan internet.

Tweeps even claim Azziad is behind the success Femi One x Mejja’s club-banger “Utawezana” that she helped popularize online.

As we speak, she is now household name, acting on a popular show, thanks to a video-sharing app and impressive acting skills.

Around the same time, Gengetone boy-band Ochungulo family, Ben C and Halisi Nation jumped onto video-sharing platform Vskit to target consumers who could no longer go out.

They understood the need to hop onto new platforms that had the hype. Moving with the times.

Since, Kenyan comedians among them Eric Omondi, Njugush and TV stars such as Willis Raburu have created accounts on Vskit which now boasts 5 million users in the country and 30 million across Africa.

It is no longer 2001 when you had to be on a newspaper or a local radio to have a shot a being a celebrity.

The bottom line is, a Youtube channel may not be enough, because it takes more than a handful subscribers to remain at the top.

Seek new avenues and consider your presence on all social platforms as your sole advertisement.

A product with no advertisement is basically like a winking at a girl in the dark.