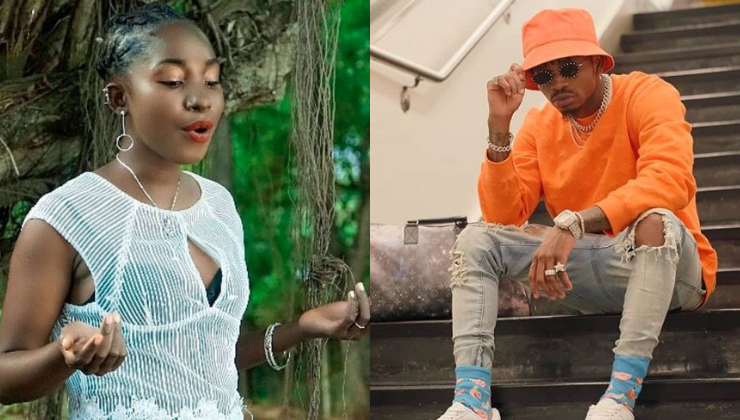 Tanzanian singer Hawa Ntarejea, who only recently made a comeback to the music industry, has come out to speak on her present relationship with ex-lover Diamond Platnumz.

Hawa, who was speaking to Tanzanian online TV Yo Fave, stated that she still loves the ‘Kanyaga’ hit maker who also paid for all her travel and medical expenses abroad.

The pair is alleged to have dated for a while after collaborating on their 2013 smash hit ‘Nitarejea’.

The songstress however dismissed allegations that she is still seeing the WCB Wasafi Founder, adding that she respects his present relationship with Kenyan radio presenter Tanasha Donna.

[“We respect each other, I love Nasibu (Diamond), I can’t hate him…when we separated, we did not separate with anger to not even greet each other.”]

In 2018, Diamond’s compassionate act to donate Ksh.2.2 million to fly Hawa for treatment, who was ailing from liver failure and heart problems for years due to alcoholism, was considered an act of love by many.

After her recovery and subsequent return to Tanzania, the pair recently delivered an electrifying performance that left many speechless in Dodoma.

She has since also made a comeback to the music scene, opening up her new YouTube channel under the name ‘Hawa Ntarejea’ and releasing a new song Kucheka.