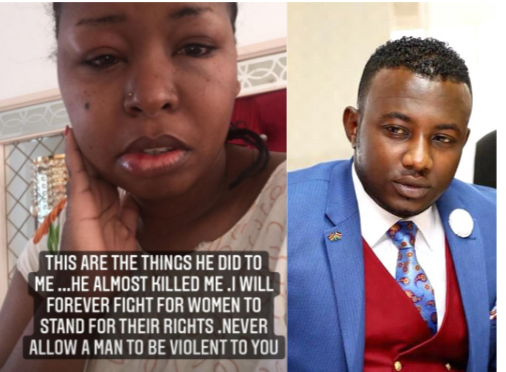 A little bird on the street has is that Lamu Senator Anwar Loitiptip and Mike Sonko’s daughter Saumu Mbuvi have broken up.

On Monday evening, Saumu took to her Instagram stories to respond to rumours that her lover had been seen canoodling with another woman.

While promising to air all the dirty linen for all and sundry, Saumu confirmed that they had indeed broken up, saying: “He was never my husband, I’m yet to let you know why I left him”

She added: “I broke up with him there is so much I did not share, but I will”

Towards the end of last year, the Senator who was a regular guest on Saumu’s Instagram account- where they’d show off lavish vacation photos and the latest in fashion- got his photos deleted.

Of course, it raised eyebrows and lent credence to claims that ‘things were no longer at ease’

According to Saumu, their relationship was so bad that at one time, her Senator lover battered her so bad that he left her for the dead.

She backed up her claims with a photo of her swollen face in which she said: “This (sic) are the things he did to me… he almost killed me, I will forever fight for women to stand for their rights …never allow a man to be violent to you” 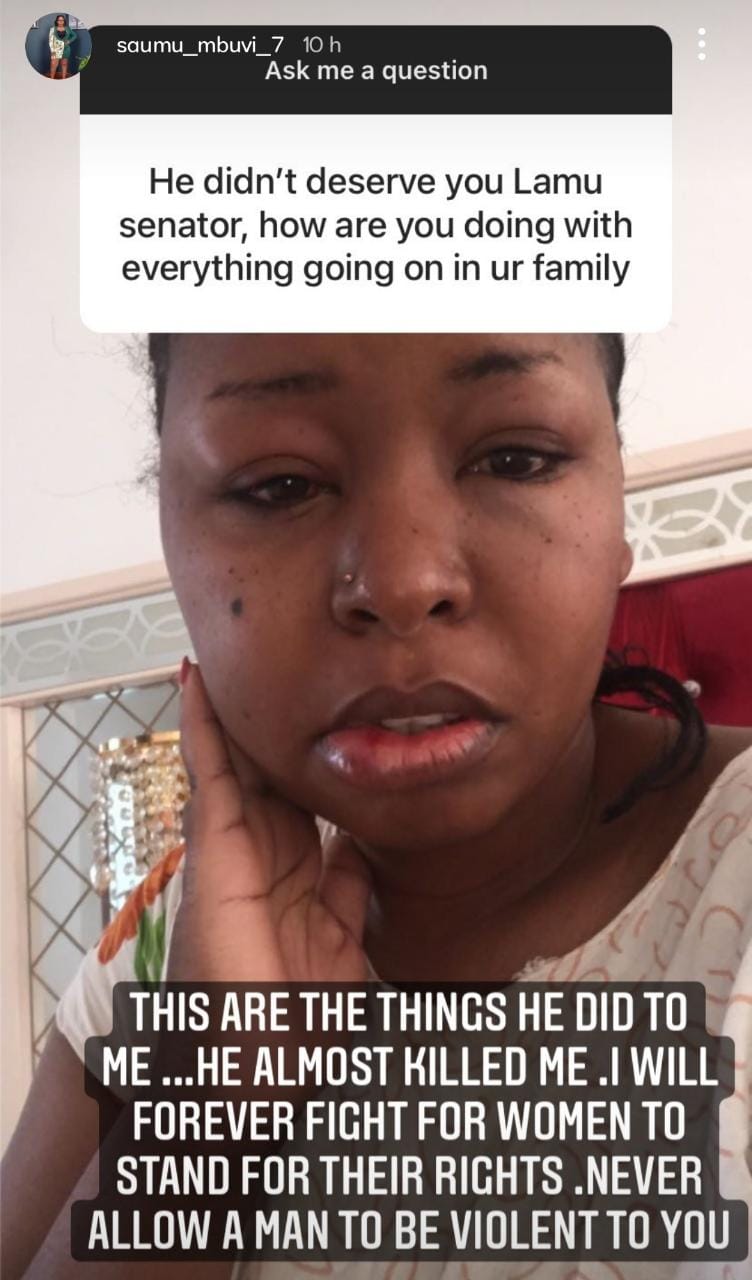 Saumu Mbuvi shows off her battered face, says it was infliclted by her ex-lover Senator Anwar Loitiptip (Lamu)

While replying to a user who claimed to have seen the youthful senator with a woman, Saumu accused her ex-lover of being a deadbeat dad.

“The man can’t even take care of his own child…anyway… this thing is called life… thank God I was born a hustler,” She said.

And while replying to yet another user who sought to know the whereabouts of her ex-lover, Saumu said: “Dead and forgotten”

Before meeting the Senator, Saumu was dating Benson Gatu- a controversial Murang’a businessman-with whom she has a daughter.

The 26-year-old mother of two- if her word is to be trusted- has her sights set on the Nairobi Woman Rep seat in 2022.

In the meantime, she has asked her followers to stay curious, for the details she will share in the coming days.