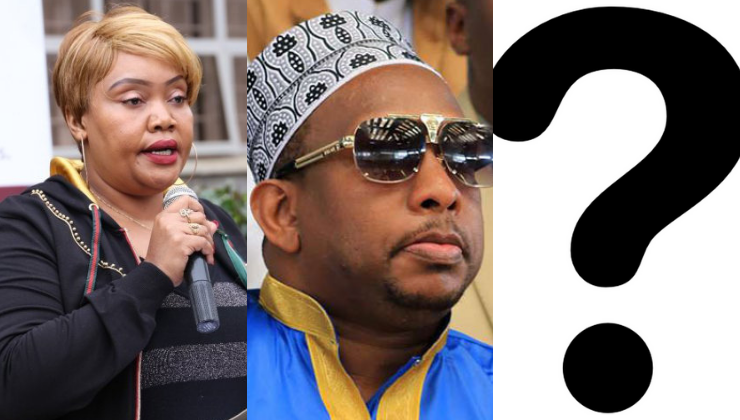 Nairobi County Governor Mike Sonko has revealed that he has two wives.

The county chief made the pronouncement on Thursday during the memorial mass of late Kibra Member of Parliament Ken Okoth at the Moi Girls School in Nairobi.

Governor Sonko was addressing reports about the late Kibra MP having a child with another woman outside of his marriage to wife Monica.

According to Sonko, MP Okoth’s alleged child and mother should also be welcomed by his immediate family members as well as Monica, adding that it is okay for a man to have more than one wives.

“It is not right to divide the family of Ken. President Uhuru Kenyatta passed a Bill allowing men to marry many wives; I also have two wives,” said the governor.

The revelation comes less than a week after the controversial politician took to social media to boast about the secret to his 21-year-old marriage to Nairobi First Lady Primrose Mbuvi.

Sonko, taking to Instagram, shared a video of a woman gently speaking to her husband on the phone while requesting for money.

The unidentified Swahili woman, in the video, comes off as respectful towards her husband and constantly calls him “mpenzi wangu” (“my love”) and ends the call by wishing him success in the day’s endeavors.

For your woman to give you this kind of treatment you must love her and give her the respect she deserves. Don’t love other women more than your wife, just balance the equation and you will never have domestic issues in your marriage as we say marriage is about perseverance,” wrote the governor.

“This is the reason why my marriage with the 1st lady of Nairobi has been so successful for the last 21 years.”

Sonko’s Thursday revelation thereby poses the question; just who is this second wife that has managed to evade the limelight?