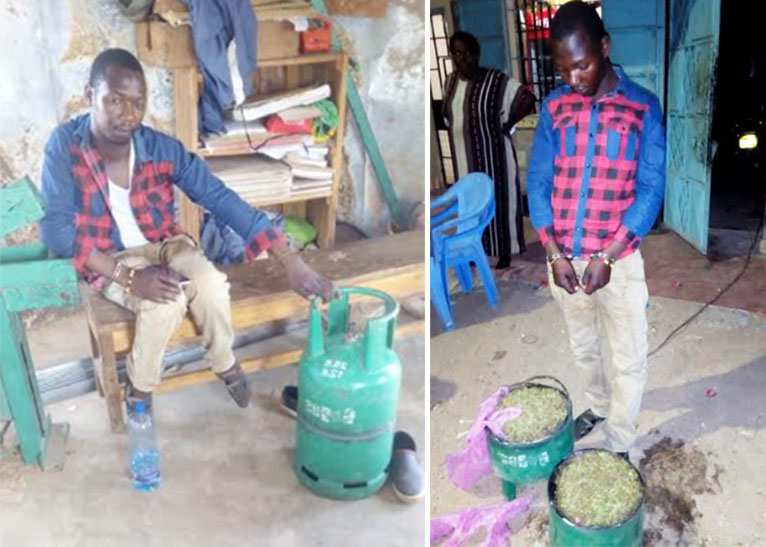 A middle-aged man was on Monday, June 17, arrested in possession of 3Kgs of bhang stashed in a 13-Kg cooking gas cylinder.

The suspect, Eric Muchai, was apprehended at 2:10pm Monday on a road block placed at Merille area in Marsabit County.

Muchai, 29, was travelling to Nanyuki in a public service matatu of registration number KCR 928C belonging to Nanyuki CAB Sacco. He had carried the gas cylinder with him.

“We found the suspicious gas cylinder, which had [a] fresh welded line around its mid circumference,” said Acting OCPD Laisamis Sub-County, Kentai Mbatian.

Mbatian told EDAILY that “a smell of something like bhang” was emanating from the cylinder, prompting the law enforcement officers to split the gas container open, and, as a result, made the shocking discovery.

Three kilograms of bhang was found inside the gas container.

Muchai was arraigned at Marsabit Law Courts on Tuesday, June 18, when he pleaded not guilty to a charge of trafficking narcotics, and was freed on a cash bail of Ksh50, 000.