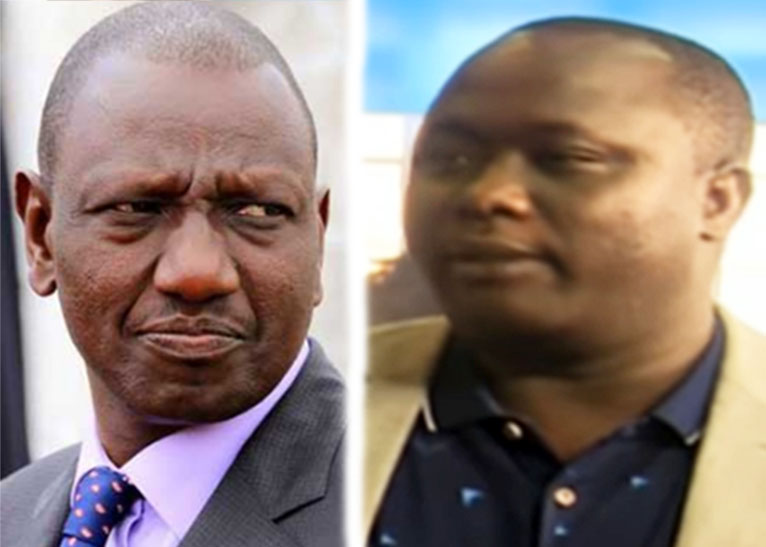 On Friday during a tour of West Pokot County, Ruto said Mlumulwas “must stop opposing the county government’s development work” if he really wants a job.

“I heard your governor complaining about one Mlumulwas, who hails from your neighbourhood here. The governor said Mlumulwas is unemployed. I want to say this, I’ll get Mlumulwas employment. He, however, must stop opposing the [county] government in its bid to bring development in the area. He must refrain. His work shouldn’t entail stopping the construction of a sewerage system somewhere within the county. That is not work; that is stupidity. If he wants [to do something meaningful], he should look for a job, and I am ready to help him get a job. Opposing the government, shouldn’t be Mlumulwas’s priority. Actually, he should really watch his step,” said the deputy president to much applause by the West Pokot crowd.

The deputy president, however, did not reveal the specific nature or position he would give to Mlumulwas.

Speaking to the Daily Nation as quoted by Nairobi News on Saturday, Kapchok said he “doubts” if he will take up the job the DP has promised him.

“I did not apply for any job. I appreciate the offer, but I doubt if I will take the job. My fight against fundamental issues on impunity, corruption and misuse of resources in the county cannot be reduced to job. The sewage project has a lot of interest,” Kapchok said, insisting he was pushing for leadership reforms which would benefit the county residents.

On the deputy president’s claim that he [Kapchok] was opposed to West Pokot County Government putting up a sewerage system, Kapchok said: “The DP was misled because we are not rejecting the water sewage project, but the due process should be followed. There was no public participation.”

In March this year, Kapchok came out to vehemently deny Governor Lonyangapuo’s claim that he [Kapchok] is jobless.

“I do advocacy work, I do research and I am a consultant in resource mobilization,” he told NTV on March 29.