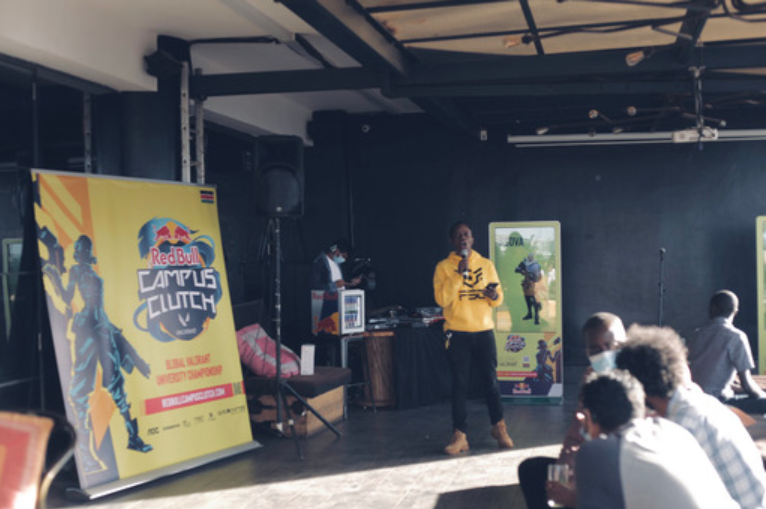 Red Bull Campus Clutch, the biggest global university esports event to ever take place has been launched in Kenya, offering students a unique opportunity to compete in one of the fastest-growing and most talked about games, VALORANT.

Sign-ups are now open to university students in every corner of the globe, offering the ultimate opportunity to shine in VALORANT.

The groundbreaking competition challenges players of all levels to team up, represent their campus, and compete on the world stage to make history for their university and country.

New to the global esports scene, VALORANT has fast become one of the most exciting games to watch. In 2020 the disruptive FPS from Riot Games broke the “single-day hours watched record in a single game category” with 34 million hours, according to Twitch.

Red Bull Campus Clutch offers a level playing field and a starting point for any up-and-coming VALORANT teams looking to make a name for themselves on the world stage.

Teams from more than 50 countries will have the opportunity to develop and prove their skills against players from all over the world, and experience firsthand what it takes to compete like a pro player.

To take part, student teams of five around the globe are invited to sign up to compete across three electrifying phases: the Qualifiers, National Finals and World Final.

Qualifiers will take place from 10th, 17th and 24th April in Kenya with a National final on 15th May.

All National Champions will head to the prestigious World Final, a once-in-a-lifetime opportunity at esports stardom where they will compete against the world’s finest student VALORANT competitors, and on top of that will win a cutting-edge gaming hub for their university.

The team that emerges victorious at the World Final will secure €20,000. In addition, Riot Games, the creators of VALORANT are offering the Red Bull Campus Clutch World Final Winners an exclusive chance to see the biggest stars in VALORANT compete at the upcoming VALORANT Masters event, an official tournament within the 2021 Champions Tour.

As the esports industry continues to thrive, university esports plays a pivotal role in ensuring the ecosystem remains sustainable and provides a much-needed path for new talent to shine.

Red Bull Campus Clutch is a new grassroots event that aims to take university esports to the next level by creating a global structure, inviting students to not only represent their campus, but their country, and pave the way for the next generation of esports pro players.

Visit the Red Bull Campus Clutch event page to find out more on how to enter: Details on website

Red Bull Campus Clutch Qualifiers run from February to May 23. Head to Kenya’s access page to find out when the qualifiers take place in your country.