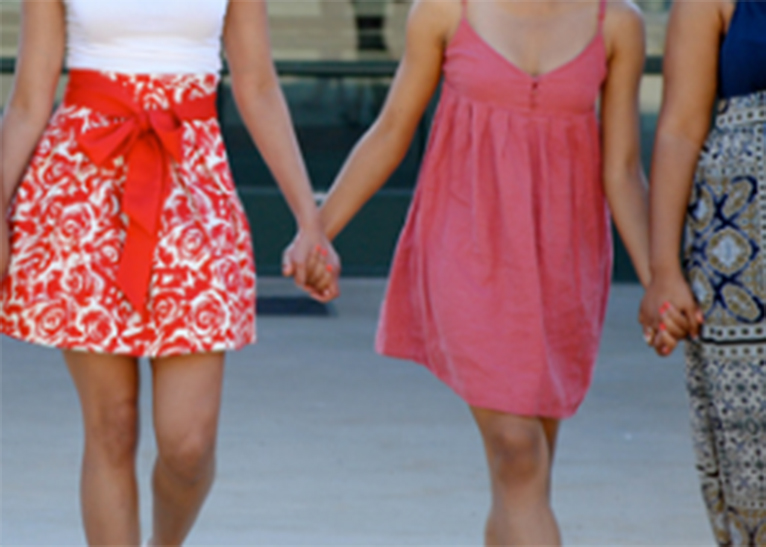 Speaking on Sema Na Citizen Show on Wednesday, March 27, Dr. Kibe said “not wearing a panty increases the chance of exposing a woman to dust, which contains harmful bacteria known as E. coli”.

The medical doctor, however, highlighted instances where even underwear wouldn’t provide enough buffer against harmful dust, though, he still advises women to wear the intimate clothe.

“Panties and ‘deras’ cannot [always] protect you against bacteria. When dust gets into the private parts, it exposes those intimate organs to infections,” said Dr. Kibe.

“When a woman stands at the bus stage — maybe waiting for a matatu to her place —, then the vehicle blows out smoke via the exhaust pipe, due to the pressure that the smoke was emitted, it stands a great chance of exposing the woman’s private parts to dust [particles], which contain bacteria. In that case, not even a panty, biker or any other intimate clothe would protect the woman from the bacteria,” said Dr. Kibe.

“Panties should be worn at all times, nonetheless,” he advised.

“When you wear clothes such as ‘deras’ [without wearing an underwear beneath], chances of you being exposed to dust particles that cause infections, are high,” she said.

“Cotton is the best material for panties because of their unparalleled ability to absorb sweat. Silk and other materials should be avoided by women,” said Dr Amira, adding: “G-strings are only good for entertainment value to your partner, and not the general public. [So, avoid them too].”

Doctors Amira and Kibe advised women against using toilet paper to clean their vaginas, saying the products contain ‘harmful’ chemicals, which could lead to vaginal infections.

“Tissue paper shouldn’t be used in a woman’s private parts. I advise women to look for a cotton clothe to clean the vagina. When a toilet paper soaks in, let’s say urine, some parts of it remain inside the vagina. Studies have shown that some chemicals used to make the tissue papers could be harmful,” said Dr Amira.

“In place of the tissue paper, get a light piece of cotton clothe that you will only use in cleaning the vagina. And even after making love, you wash your private parts with it. And, always ensure that that the piece of clothe is aired out in the open,” advised Dr Amira.

Dr Kibe said a healthy vagina shouldn’t have a bad smell; and that when one experiences a strange odour emanating from the vagina, she shouldn’t hesitate to seek medical attention.

“There are certain bacteria which do have bad odour, especially when they mix in the vagina. Any woman would know when her private parts emit bad smell, and, should immediately, thereafter, visit a doctor,” said Dr Kibe.

The medical doctor advised men against telling their women that their vaginas “smell bad” because “the effects of such statements last long in a woman’s mind, hence affecting their self-esteem”.

“Most men like it when a woman’s vagina is well-lubricated. Putting chemicals such as certain lotions, lemon juices, unprescribed soaps in the genitals [in a bid to tighten the vagina], affects the pH level, leaving a woman exposed to conditions such chronic inflammation, which won’t heal for a very long time,” said Dr Kibe.

Dr. Amira advised women to embrace Kegel exercises, which, she says, firms the vaginal muscles and, as a result, give an illusion of “tightness” during intimacy.

“It would be unwise to diagnose somebody without subjecting her to scientific tests. That explains why there are many cases of women treating the wrong illnesses. A doctor should do microscopy to check for the different fungi and bacteria that a patient has,” said Dr Kibe.