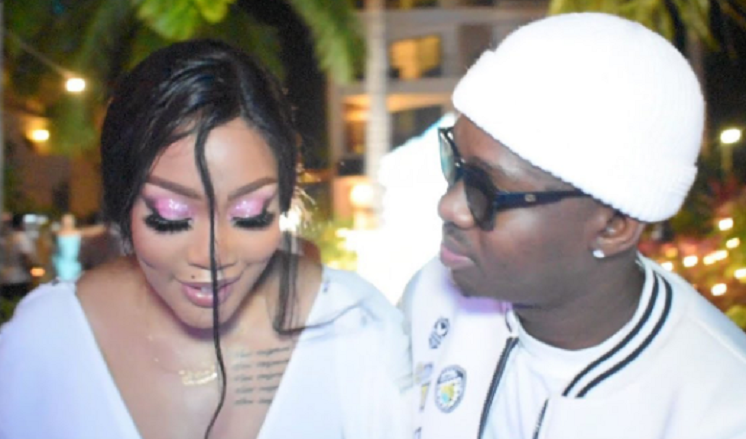 Tanzanian singer, and one of Wasafi Records’ most talented acts, Lava Lava might be eyeing famous actress Irene Uwoya.

The two were – in a video taken during Tanasha Donna’s recent baby shower held at the Best Western Coral Beach Hotel in Dar es Salaam – spotted warming up to each other in a suggestive manner.

The video showed the ‘Dondosha’ hitmaker singing in an alluring manner to the actress as she smiled and gushed in a manner likely to imply that she was enjoying being serenaded by the singer.

The pair graced the event side by side, with Lava Lava seemingly taking every opportunity to make the former Miss Tanzania contestant feel special.

Laval Lava, who has managed to keep his private life off social media, and Ms. Uwoya have since left many wondering what their actions meant.

Irene Uwoya, on the other hand, has on several occasions hit headlines for different reasons; with the most recent one being her recent action to throw cash at Tanzanian journalists during a press conference, a stunt which was heavily criticised, forcing her to apologise.

By the time of his death they had broken up due to an alleged affair with the ‘Kanyaga’ singer and Wasafi boss Diamond Platnumz.

She was then later reported to have married Tanzanian rapper Abdulaziz Abubakar Chande, popularly known as Dogo Janja.

Below is the video of Lava Lava and Irene Uwoya getting cosy at the baby shower: