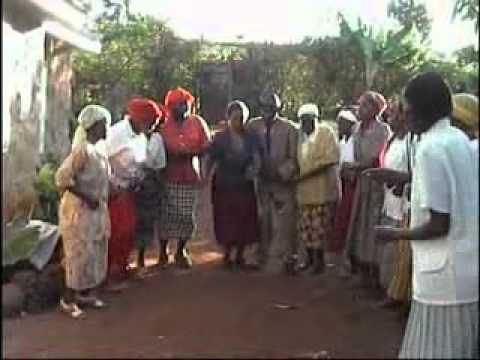 Dick Njoroge remembers it like it was 35 years ago because it was 35 years ago when he released Firirida, a song that has, three decades later, catapulted him into untold fame, inspired social and political banter and trended on all social platforms in a surprising twist of fate.

His story is a tale of his slow rise to fame, his quick dalliance with it and ride on life’s roller-coaster.

At his Gatundu home where he plays the guitar with remarkable dexterity to date, his voice barely audible- having suffered a terrible Tuberculosis bout- Njoroge relives his past with nostalgia and the hope that one day, he will sing again.

His story begins in 1952. His year of birth.  During the infamous State of Emergency.

His mother had fled from Gatundu almost a decade before Kenya gained independence. She ended up tilling the fields at the farm of a white settler only identified as Dick.

It was this name that Njoroge would later pick, thanks to his uncle who claimed he resembled their white settler.

When the State of Emergency was lifted, his mother made her sojourn home, enrolling him in school.

After attending school up-to Class 3, Njoroge left home for Mathare, Nairobi, where he tinkered with several jobs among them carpentry and a short unsuccessful stint at a garage in Consolata.

After his shot at becoming an automotive mechanic failed, Njoroge travelled to Thika where he joined a Tanzanian live band – Ujiji.

In between the gigs, he would do laundry at a hotel in Thika for food and board.

Several shows and gigs later, Njoroge, unsettled, left for Muranga where he met two brothers who were master guitar players from Kanunga.

They nicknamed him Kamaru- after the late Kikuyu Benga star- and introduced him to a female band that was playing at a local watering joint known as Red Local at the time.

His real brush with fame came around 1978 when Mzee Jomo Kenyatta died.

When Kenyatta died, his brother Ngengi Muigai took over.

His right-hand man- Kimani who was a rally driver- introduced him to Njoroge who was thereafter tasked with recording and producing music to drive the parliamentary campaigns.

Whether by the success of the songs or by his own doing, Ngengi won the election and was the region’s MP for a decade during which his friendship with Njoroge blossomed.

So close were they that when Njoroge’s wife-who had suffered 6 miscarriages approached the Ngengi family for help- they referred the couple to their personal doctor in Nairobi and catered for all her medical bills.

Ngengi’s wife while picking a copy of Njoroge’s hit single ”Onga Munyonyi” bumped into Kamaru at a studio in Nairobi.

When he heard the song for the first time, Kamaru who was at the time; a superstar, wallowing in fame and money, summoned Njoroge to Nairobi.

He would upon meeting Njoroge advise him to return to the studio where the song- with more enthusiastic tinkering from better-budget producers was re-done.

And with more guidance from Kamaru, the song was released on the vinyl records of the time.

It was an instant hit.

It flew off the shelves like hot tarts. It is with the proceeds of this single that Njoroge says he built his stone-walled house where he currently lives.

The song which has garnered more than 300,000 views on Youtube in just a few short weeks was not even the star of his 1986 smash casette- Munyonyi.

“Onga Munyonyi” topped the charts- inspired rather awkwadly by a domestic squabble in which his wife had left home, leaving him in the care of their first-born child.

Unknown to many however, 2021 was not the first time the song went viral.

In 1986, Njoroge remembers he was invited by Mama Ngina Kenyatta to teach a group of women how to waltz to Firirida at Anna Nyokabi Muthama’s wedding

Njoroge fell ill during a music tour in Coastal Kenya in the company of Kamaru and his band in 1986.

In the middle of the tour and on their way to Malindi, he started getting terrible headaches every time he tried to sing.

It was when he started feeling dizzy that he spoke to Kamaru and dropped off the tour, hopping onto the next bus to Nairobi.

Several hours later when he alighted in Nyamakima, he realised he had lost his voice. He would be ravaged by two back-to-back bouts of Tuberculosis.

When they finally cleared up, they left him with a new problem; a heart condition that he currently takes medication for.

He currently speaks in a delicate, guttural whisper but is a wizard at the guitar. He still writes music but his son Wamunyonyi junior sings as his fingers strum away.

Although he can no longer sing, Njoroge enjoys his time at home where he occasionally brews muratina and while writing music. He occasionally gets gigs as he awaits his next roller-coaster.

He recently released an album and is starting to enjoy the tidings the second chance at life fate has handed him.