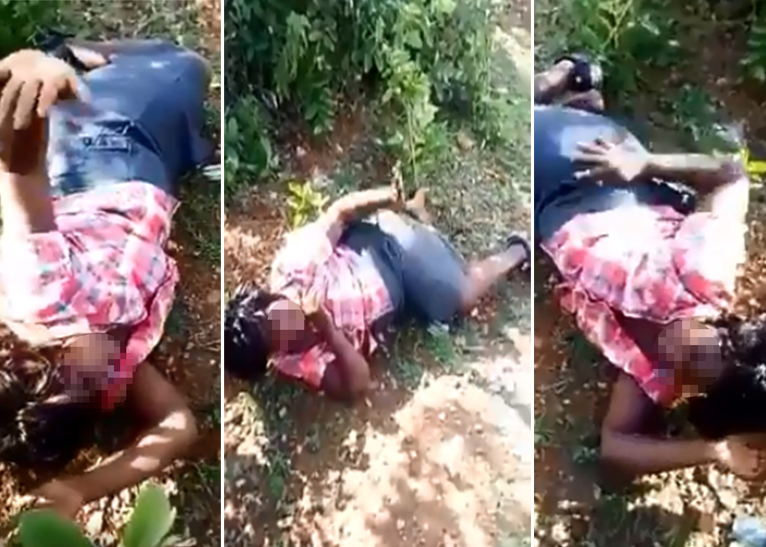 A 30-second video clip of a middle-aged woman being whipped by at least two men on claims that she cheated on her husband has gone viral on Facebook.

The undated but recent video clip shows the woman cornered to the ground in a setting that appears rural.

She is seen being caned repeatedly while receiving orders goading her to say: “I won’t be ‘eaten’ outside wedlock again”.

The language of their interaction is Dholuo, with an online user who shared the video clip, Bernard Otieno, saying the incident happened in Kisumu County recently.

Mr Otieno tagged the DCI and urged the agency to bring the violent men to book.

Sporting a denim knee-length skirt and a pink top, the woman rolls on the ground, as she absorbs the seemingly painful lashes.

“Keep quiet, keep quiet. Say: ‘I won’t prostitute again’,” a male voice is heard on the background ordering her. The distressed woman obliges.

Another command is issued thereafter. “Say: ‘I won’t be eaten outside wedlock again’,” the male aggressor is heard ordering as he whips the woman repeatedly.

Subdued, the woman repeats her aggressor’s words. “I won’t be eaten ousted wedlock again, never,” she says while trying to shield her head from beating.

The assaulter’s voice is heard telling the victim: “This is your husband caning you”.

The video clip, seemingly shot by a mobile phone due to quality of the picture, ends prematurely.

The footage found its way to Facebook groups, with online users who watched the video clip ordering for action to be taken against the men who meted out the violence on the victim.

Karl Max Omondi said: “My people, if marriage has gotten to a point that it can’t work anymore, the best option is walking out of it. It [marriage] shouldn’t end like this.”

Bresh Bree said: “In this era [people still instill ‘discipline’ on adults like this]? This is nothing, but madness.”

Andy Jaoko said: “If they [aggressors] are men enough, why can’t they go for the man she was found cheating with?”