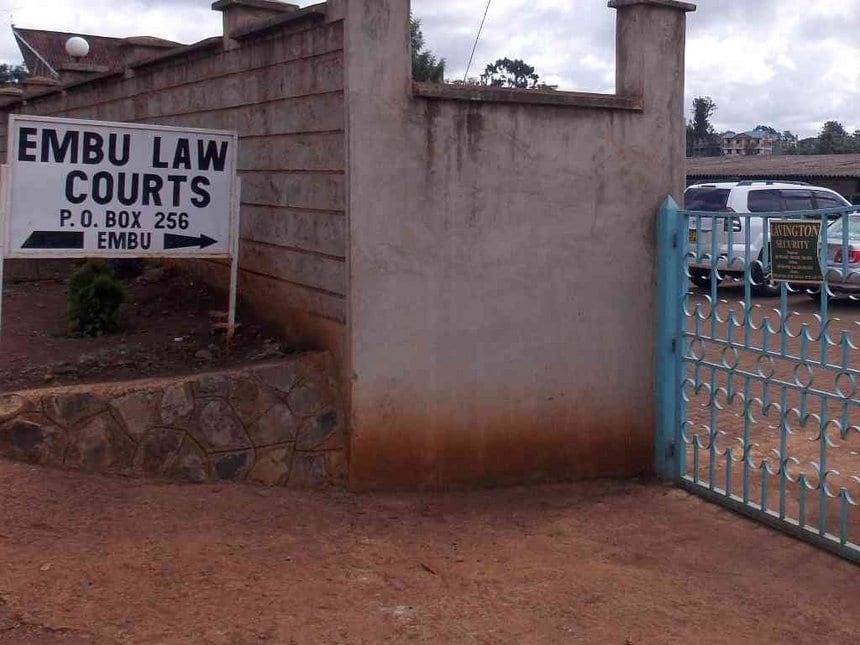 A woman was on Thursday arraigned before an Embu court and charged with stealing her neighbours’ chicken.

Appearing before Embu Law Courts Senior Resident Magistrate Tony Kwambai, the accused – Caroline Murugi – pleaded guilty to the charge after she was found in possession of the chicken worth Ksh.700 at Ndubai area on Monday at around 6.30pm.

However, in her defense, she pleaded for forgiveness saying she did not actually steal the chicken but that it followed her home.

The prosecution told the court that the complainant met the accused on the said day while carrying a bag and asked her what was in it and she (accused) said the bag contained clothes.

The court further heard that, on arrival at her homestead, the complainant found one of her chicken missing hence went to the accused’s home to inquire if she was the one that had taken it.

The suspect then reportedly went inside her house, brought out the dead chicken and gave it to the complainant who then reported the matter to the area administrator after which she was arrested.

The accused also  pleaded for pardon saying she had children who were depending on her.

Magistrate Kwambai however convicted her on her own plea of guilty and fined her Ksh.2500 and she in default will also serve two months in prison.